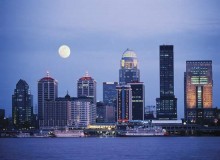 Parliament Tutors is proud to offer tutoring throughout Louisville, and southern Indiana.

Parliament serves all 98,000 composing Jefferson County, as well as college and graduate students at the city’s major universities such as The University of Louisville, Bellarmine University, Spalding University and Sullivan University.

Due to its large Christian population and focus on religion, Louisville tends to have a unique yet very successful schooling system. Three of Jefferson County’s high schools: Dupont, Louisville Male High School and Brown School are consistently ranked as the state’s top three public schools. At Dupont, for instance, students average reading and mathematics scores in the 98th and 91st percentiles respectively despite a nearly 20:1 teacher to student ratio (talk about economic efficiency). The county also features 27 private Catholic schools.

Collegiately, the University of Louisville is the city’s powerhouse. However, Bellarmine and Spalding universities are also highly regarded. As a whole just under 80% of Louisville residents earn a high school diploma, and just over 20% earn a college degree.

Despite being the top district in Kentucky, Louisville students like much of their Kentucky counterparts have struggled on nationwide achievement tests. As a whole the city can stand to perform much better in English, as many schools do place under the 30th percentile in this area despite the documented success of the top public schools.

As an expert in the subject matter they teach, a private tutor can quickly identify any obstacles and areas of weakness that a student has, and work one on one with the student to attack anything and everything standing in the way of success.