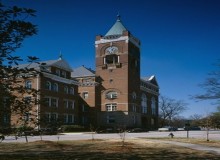 Rock Hill is the fourth largest city in South Carolina with a population reaching just over 66,000 residents. Although not always recognized by citizens of the U.S., or of the world for that matter, its proximity to other major cities in the area makes it a prominent location for both students and tutors alike. It is 70 miles north of Columbia, South Carolina, and just a mere 25 miles south of Charlotte, North Carolina.

Aside from being so close to various major metropolitan areas of the south, Rock Hill holds a colorful history dating all the way back to the American Civil War. During the war, Rock Hill was a major transfer point for many Confederate soldiers due to its location on the railroad. In addition to its colorful history, Rock Hill is also recognized for its achievements in education for awards granted to the city as a result of its exceptional school system that has developed over the years. As of today, graduation rates in Rock Hill are well above that of the state’s overall average.

There are more than 20 schools in Rock Hill, as well as three colleges within its city limits. Founded in 1866 originally as a women’s college (now co-ed) and known for its successful liberal arts program, Winthrop University is one of the colleges that calls Rock Hill home, as well asYork Technical College and Clinton Junior College. In total, Rock Hill hosts about 16,000 college students and that number continues to grow.

Parliament Tutors offers a wealth of private tutoring and test preparation services for students in the Charlotte metropolitan area, Rock Hill included. Whether you are searching for subject specific tutoring or standardized test preparation, Parliament Tutors has a specialist in all levels of education from kindergarten to medical school and everything in between. Without a doubt, our tutors will enhance your educational experience and help you achieve the study skills and test scores you need to stand out above the rest.